Home About us ClimateNews
ClimatePartner and start-up insurer Marshmallow

First insurtech company to offer a climate friendly incentive, Marshmallow offsets the first 500 miles of customer motor emissions. Over 1.5 million KG of CO2 are already offset with more than 10 million KG of CO2 to be offset by end of the year.

Over 15,000 customers have signed up to a new scheme from insurance start-up, Marshmallow and carbon consultancy ClimatePartner, which enables them to offset the carbon emissions of their first 500 motoring miles.

The first insurance company to offer such a scheme, Marshmallow is offering a “climate aware” incentive which aims to help motorists better understand their environmental impact, help them engage with the climate issue, and give them a way to begin to offset their carbon footprint.

Marshmallow is looking to extend the offsetting scheme, allowing customers to offset mileage beyond the initial 500 miles and forecasts that they will offset more than 10 million KG of carbon in 2020.

Marshmallow worked with ClimatePartner, the solution provider for climate action, to review and recommend three high-impact offsetting projects for the scheme which comprises forest protection in Peru, the supply of cookstoves in Rwanda and installation of wind turbines in India.

Marshmallow is part of a new group of insurtech companies that use technology to provide customers a better insurance experience. The company uses artificial intelligence and automation to offer customers who are typically poorly served by mainstream insurers, a fairer price.

“Offsetting has come in for criticism the last few years”, said Emilien Hoet, head of ClimatePartner UK. “But high-quality, verified projects play an important role in tackling remaining emissions once other carbon mitigation strategies have been exhausted. We know that for many people, having a car is a necessity and that electric vehicles remain out of reach for many, so this is a fantastic scheme to both educate drivers and make a tangible impact on the climate at the same time.”

“The UK insurance industry is generally lagging behind other sectors both in terms of innovation and their commitment to help the UK achieve carbon neutrality”, said Oliver Kent-Braham, co-founder and CEO, Marshmallow. “We believe that more and more people will want to lower their carbon footprint and we want to be a company that leads the way in helping them do that.”

As a tech start-up, with no call-centre, Marshmallow’s own emissions are relatively small and founders Oliver and his twin brother, Alexander Kent-Braham, believe that getting customers engaged in the climate issue will have a much bigger impact than anything they hope to achieve through their workspace.

“We are delighted to be working with a socially conscientious disrupter such as Marshmallow”, continued Emilien Hoet. “We only have a very short window to address the climate emergency so it is encouraging when a player from a rather stagnant industry breaks away to make a genuine contribution to tackling climate change.”

In addition to offsetting emissions, it is important to minimise them at source wherever possible. Initiatives such as car-sharing or driving in less traffic-heavy hours can lead to reductions in carbon emissions and overall air pollution. Ultimately, switching to electric vehicles will play the lion’s share  in reducing emissions, a switch that the UK government will be enforcing as it plans to ban sales of new combustion vehicles by 2030.

Founded in 2018, Marshmallow is a London-based insurance start-up providing cheaper premiums for motorists. Enabled by its proprietary digital-based solutions, Marshmallow more fairly calculates premiums for those customers that have been under-served by traditional insurance offerings. In 2020 Marshmallow was valued at over $300 million. The company was founded by twin brothers Oliver and Alexander Kent-Braham and Davide Goate. Investec founder Bernard Kantor and Passion Capital’s founder Eileen Burbridge are both board members. 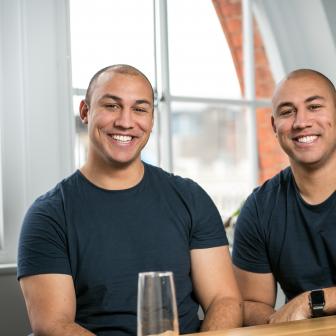